Yasmine Eslami graduated from the prestigious Parisian fashion school Studio Berçot before relocating to London to work with Vivienne Westwood for ten years. It was here, as a ready-to-wear designer, that she was introduced to the art of corsetry, kicking off her fascination for delicates and underpinnings.
In 2000, Yasmine returned to Paris to work as a fashion stylist for publications such as Purple Magazine, before she launched her eponymous line of lingerie in 2010. The collection offered a simple proposition: elegant, contemporary styles with none of the customary frippery.
Today, Yasmine’s designs remain sleek, modern and sensual. The body skimming styles accentuate and celebrate the natural form of a woman’s body — as a rule, bras do not feature padding. Working with the finest Italian crepe, German technical mesh tulle and Swiss cotton, the fabrics are light, often sheer, with delicate French lace finishes that suggest the role of underwear as outerwear.
Such thinking has led to the introduction of camisoles, slip dresses, and a full swimwear collection in 2015, which coincided with Yasmine’s appointment as artistic director of swimwear and beachwear at iconic Parisian house, Eres. Inspired by the retro colour palette and sexy styles of the 70s, Yasmine’s own swimwear collection places an emphasis on flattering cuts and colours.
In 2016, Yasmine launched a line of unisex shirts and men’s underwear, along with a new e-commerce site.
Yasmine Eslami has her own boutique in Paris’s 1st arrondissement, and the collection is also available from luxury stores like Le Bon Marche, Net-a-Porter and Barney’s, as well as yasmine-eslami.com 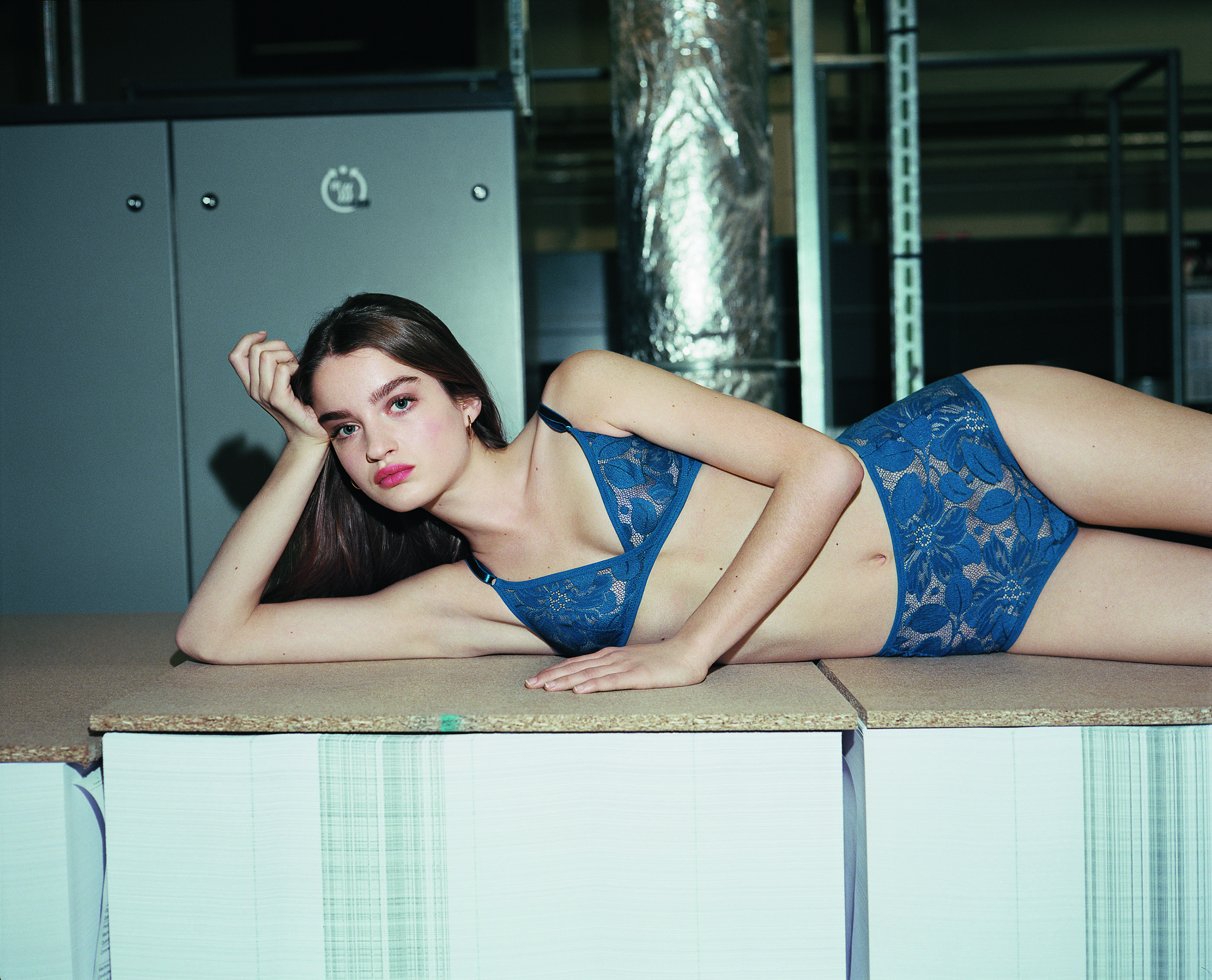