1 ORANGE FIBER
Sustainable apparel, as soft as it is energizing

It was in 2011 that Adriana Santonocito, a native of Catania and a young student in Fashion Design & Innovative Materials in Milan, dreamt of using the tons of orange and lemon peel discarded by the Sicilian agro-food industry. Nearly a million tons of citrus by-products are destroyed each year in Sicily: a high cost and major environmental impact that also caught the attention of Enrica Arena, then a young graduate in international cooperation and communications. In 2013, these two young Sicilians, in collaboration with the Polytechnic University of Milan, developed a cellulose extraction process using pastazzo. This trademarked chemical process allows them to obtain a polymer, which is then spun by a partner yarn spinner in Spain.
After founding their company Orange Fiber in 2014, the two friends opened their pilot fiber-production outfit in December 2015. In 2017, designer Salvatore Ferragamo launched their “Ferragamo Orange Fiber Collection”, and won the hearts of their clients: dresses, shirts, pants and scarves were both elegant and sustainable. These ultra-lightweight, gossamer fabrics offer a hand that is very similar to that of silk: satin, poplin, and twill made in a natural shade of white are also as easy to dye and print as traditional fabrics.

Adriana et Enrica now hope to rapidly attain industrial-level production. With over 15 million tons of orange peel discarded throughout the world, Orange Fiber already have their work cut out for them. With their 5th anniversary fast approaching, the cofounder of Orange Fiber, Enrica Arena, has offered an exclusive interview to Interfilière Paris:

How is your new company doing?
Enrica Arena / We’re about to celebrate our 5th anniversary next month. We’ve wasted no time between the presentation of our first prototypes to the public in 2014, the launch of the first collection with Salvatore Ferragamo, and now, the development of large-scale production. We’ve been working hard!

How many tons of fiber are your producing now? What are your short-term objectives?
E.A. / In 2016/2017, we produced 3 tons of fiber, which were sold directly to manufacturers under our Orange Fiber brand. We’re in the process of launching a crowdsharing funding campaign in order to increase our production capacities to 60 tons by 2020.

You’ve used 400 000 tons of citrus peel. Do you need to develop a larger waste collection system to grow your production in terms of raw materials?
E.A. / We’re currently only using a small part of by-products available in Italy, which are disposed of during citrus processing. Our goal is to increase this percentage so we can recycle even more waste.
We’re working directly with fruit juice producers, and they’re highly favorable to supplying us with a larger quantity of peel, depending on our needs.

What percentage of orange fiber is needed to make fabric?
E.A. / Our initial production was tested on a 100% Orange Fiber yarn blended with silk. We’ve achieved an optimal result with 69% Orange Fiber and 31% silk. We’ve also tested other blends, and are open to all types of development, according to client needs.

Does your fiber have development potential for the lingerie market?
E.A. / We’re totally convinced of the benefits that our ultra-silky fiber offers for the lingerie market. Orange Fiber is a cellulose fiber whose inherent characteristics depend on the spinning processes used, their composition, and their twist, and on blends with other fibers that may be suggested.

Do you have other partnership projects underway? Who are your current clients?
E.A. / We have a proposed partnership that we’re set to announce in the Spring. We sell directly to fashion brands fabrics specifically developed for them. But we’re in the process of considering supplying our fiber directly to spinners, if the brand requests it.

Is Orange Fiber an expensive fiber?
E.A. / It’s an innovative and ecologically sustainable fiber that respects the environment. There is no other comparable fiber on the market developed today on an industrial scale. Considering its qualities and characteristics, we can say that its price is similar to that of highquality silk produced in Italy 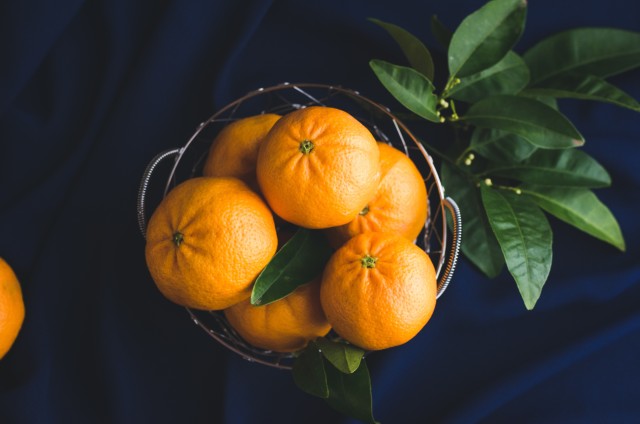